For years I used to tell the kids that if they told a lie, then their tongue would go blue.

When the twins were smaller they would tell me an untruth and then clamp their lips shut firmly to try to stop the fib being revealed.  One would swear blind the other had a tongue bluer than Bernard Manning’s jokes, they believed my own fairy tale so much that they started to see colour in other people’s mouths.

BB, my youngest, she is still of an age where magic is unquestioned, and blue tongue’s may ‘really, really’ happen.  Unlike her older siblings, she has a streak of pure rebellion running through her and thrives on telling fibs to see if she may be caught in the lie.

She does fear the blue tongue though, as her image as a Princess means a lot to her at six, so consequently she spends much of her time with a compact mirror in hand investigating her mouth to see if the pinkness is ebbing and turning a colder shade.

She told a huge untruth recently, and when I told her that her tongue was so blue it could be seen by the man in the moon, she stuck it out and focused her eyes downwards trying to see.  Sadly this meant she walked clean into a lamppost, leaving her with a blue cheek to match her tongue.  Unfortunate, but perhaps a lesson learnt…..

But my kids don’t lie about really bad stuff.

They tell corkers about washing their hands after every single wee.  They spread elaborate untruths about brushing their teeth night and day.  And everyone is swearing blind that the recent incident, where three pots of glitter ended up coating my sofa and floor, was caused by the cats who reside with us.

I didn’t even need to look in their mouths that day – all three of them were twinkling with shiny sparkles of guilt.

They feel the burden of guilt too keenly as children. They break under scrutiny within moments, if they don’t confess, they rat out their sibling quicker than I can launch into my rendition of the Boy who Cried Wolf.

Which is why I find life a little frustrating at the moment, as a question keeps coming to my ears that makes my innards shudder.

Do you think she is telling the truth – is she exaggerating it at all?

You will back me up Mummy won’t you, make them believe me.

Let me tell you about my eldest daughter, my ten-year old girl, the one, who if you read these stories I put online you will already know I think is amazing in her management of Type 1 Diabetes, and who I think, simply has far too much to deal with. 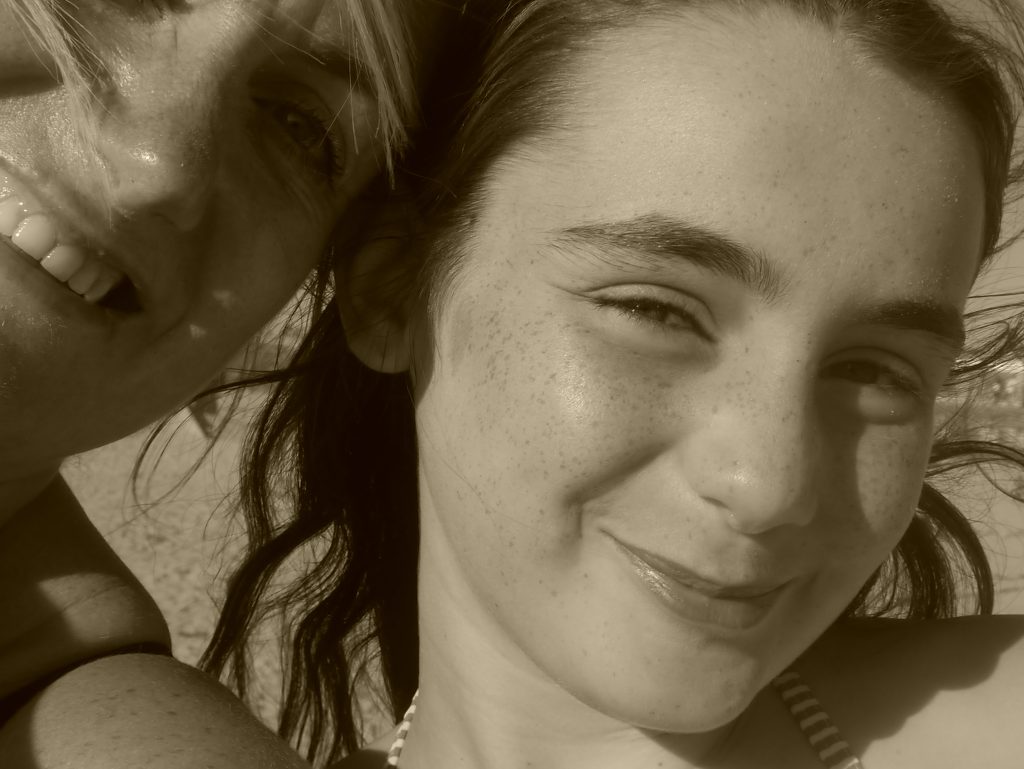 Her favourite thing to do is make weird videos on an odd app, where she lip syncs and dances around the room looking pretty cool.

After that, when her phone is wrestled from her hand, you will find her outside, flipping her body around doing cartwheels, forward walk overs and back flipping on the trampoline.  She can contort her body into actions that make my limbs ache, and she loves it.

Not far, she wouldn’t class herself as a distance runner.  In fact when she once ran 5k, she dramatically finished and swore on anyone’s life present that she would never run that far again.  I still have nightmares about the training runs we did together where my ears bled from the level of moaning coming from my smaller, fitter, partner.

But short distances, she flies like a panther in pursuit, her competitiveness pushing her on, her desire to win motivating her legs to spiral on faster and harder.

Winning, running, dancing, and gymnastics are some of my daughter’s favourite things.

Or should I say were….

Because currently all of the above are a bridge too far for my little girl at the moment.

Because everything she loves causes her pain.

But we can’t see that pain.

We can’t explain that pain.

So, we don’t always believe that pain.

Some people don’t believe it exists.

Some people question the child rather than learn the condition.

Because it is always easier to look for a blue tongue than learn something new.

I am not innocent. I didn’t understand chronic pain until my daughter became a sufferer.

Now I get how completely rubbish it is.

Perhaps if you meet someone, be it adult or child, who tells you they have an illness that is invisible, you could talk about the truth of it, rather than look for a lie.

Perhaps you could take a moment to comprehend what it must be like to feel an ache every waking moment, to have a limb that can shout with pain without warning, to have something that has no real cure eating away at you preventing you doing things you love.

Perhaps if we all stopped for a moment when confronted with something new and offered understanding rather than doubt, those suffering with invisible illnesses may feel more encouraged to talk about what hurts them.

Because when we share information there is acceptance and understanding.

I’d like more of this for my daughter, and for once, less looking for the blue tongue.

Unless there is glitter all over the floor and three guilty sparkling faces looking at you.

In that case, one of the little beggars is lying, keep going and they will confess.

To find out more about the pain my daughter is living with please visit Arthritis Research UK.